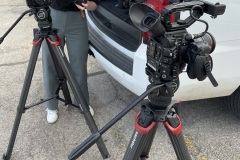 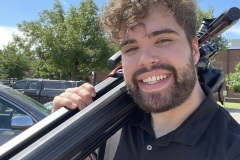 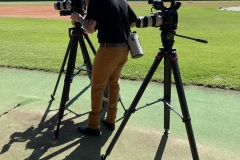 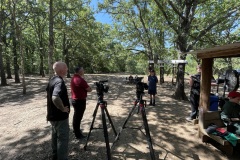 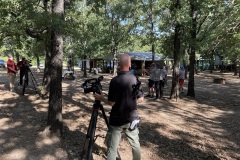 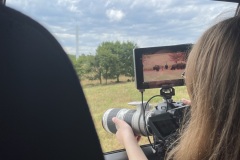 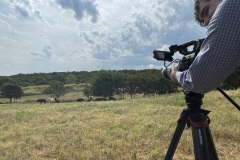 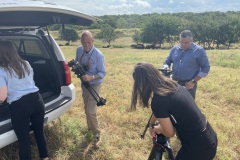 Throughout my internship, I assisted in the production of multiple community journalism pieces. This included coverage of events throughout Oklahoma for Chickasaw youth as well as notable events for use in future documentaries. For these shoots, I captured b-roll with the aim to capture unique angles and subjects that would make for an engaging news piece or documentary. Additionally, we interviewed Chickasaw youth and program directors and produced videos for the Chickasaw government including a video for the National Day of Prayer. It is important for us to be able to tell our own stories to fight against centuries of stereotypes and the colonial gaze. Our journalism pieces are also integral for securing funding for community events as well as creating community. 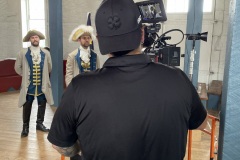 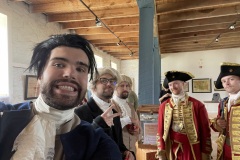 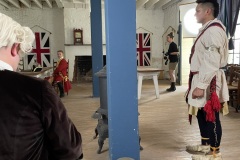 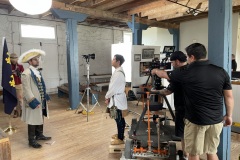 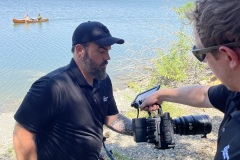 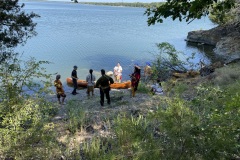 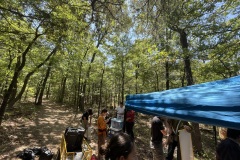 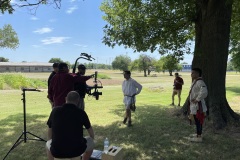 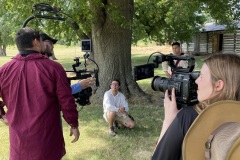 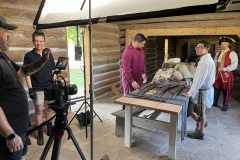 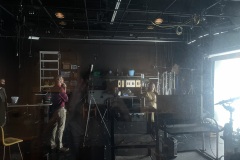 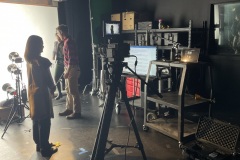 This summer, I participated in many shoots for the Chickasaw Nation’s Enduring Nation documentary series. This included several large-scale shoots throughout Oklahoma that required a crew over 20. For these shoots, I functioned as a production assistant by helping to coordinate logistics between crew and talent. I was also able to learn one-on-one about directing, producing, editing, and cinematography from highly skilled professionals.

U.S. Department of the Interior Road to Healing Tour 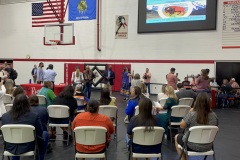 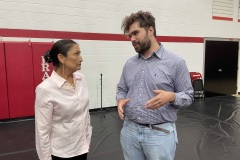 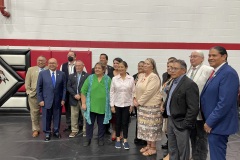 I went with the Chickasaw Nation Multimedia team to cover the U.S. Department of the Interior’s first stop on the Road to Healing Tour in Anadarko, OK. The Road to Healing Tour is the second phase of the Secretary of the Interior Deb Haaland’s commission to investigate the history and continuing trauma of Federal Indian Boarding Schools. During the event, survivors and their loved ones gave testimony for nine hours. Although the press was asked to leave after the first hour, I entered again as a private citizen because this topic is extremely important to me as a Chickasaw person who has had multiple generations of family forced to attend a Federal Indian Boarding School. It was an incredibly traumatic and emotional experience, and even my non-Native co-workers needed multiple days to recover after the event. I was able to meet Secretary Haaland afterwards and talk to her about the work that we’ve been doing to bring to light Duke University’s history as a Federal Indian Boarding School. 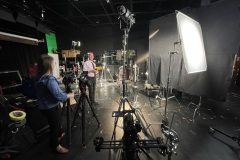 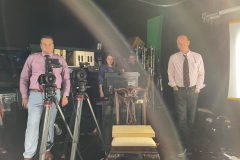 The Chickasaw Nation has started a new mission to interview every Chickasaw elder and to make this information easily accessible to Chickasaw citizens across the reservation and the world. Because of the cultural genocide of Federal Indian Boarding Schools and the distance of most tribal citizens from the reservation, it is difficult for many people to learn about tribal history and culture. The Nation also wants future generations to be able to hear stories directly from their ancestors. I was fortunate enough to observe many elder interview during my internship and to learn about the process including how to write questions, navigate traumatic subjects, and to produce a high quality documentary recording. Last year, I took a graduate seminar called Oral History Methods with Dr. Wesley Hogan in which we discussed decolonial approaches to oral history. It was incredible to be able to apply this academic knowledge to the real world and to share my academic knowledge and experiences with my co-workers and supervisors. 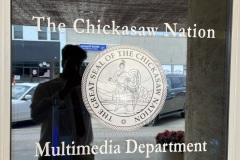 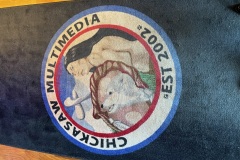 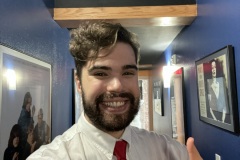 The three other interns and I created a documentary short in addition to our other activities. We independently executed every aspect of the documentary process from idea to final product. I functioned primarily as a screenwriter and executive producer. I wrote the script for our documentary including the incorporation of soundbites from a series of interivews we conducted. I also shot b-roll and oversaw the editing process. At the end of our internship, we presented our documentary to our supervisors for feedback at the nearby McSwain theater. They found nothing that they could critique about our documentary!